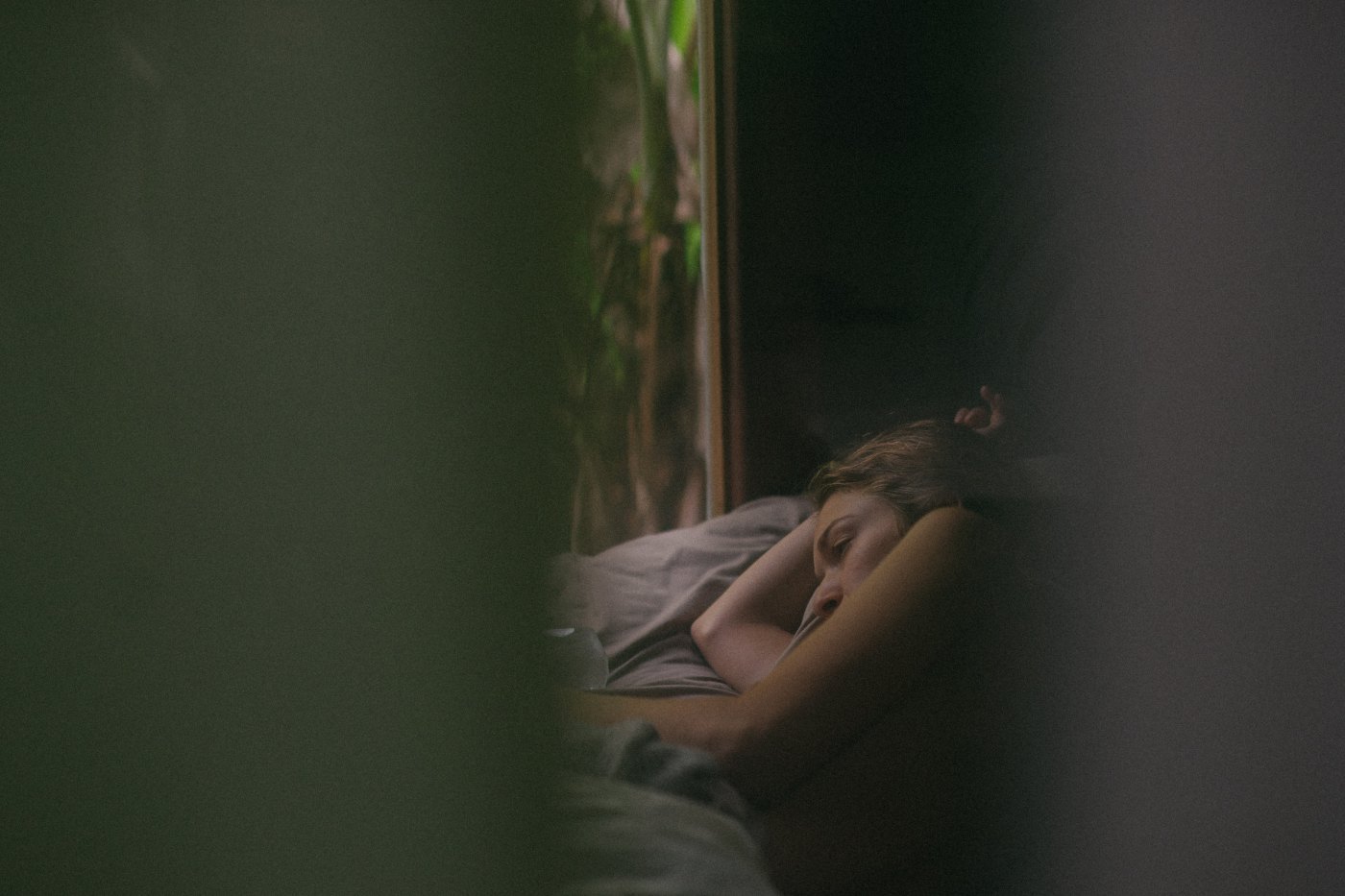 Katelyn crawled into bed, her window open so that Connor could climb up the tree, onto the porch roof, and into her room. She wore her pink cotton nightgown from The Gap because this was the big night.

Up until now, they had just been fooling around, making out and playing touchy-feely, but Katelyn was ready for more. Tonight she would give her flower—as she insisted on calling it—to Connor. They had been dating for six months, he was an All-State swimmer, and her mother adored him. So, why not?

On the television, some chubby girl from Texas was throwing a giant Sweet Sixteen party and demanding a new Audi from her father. Katelyn had turned 16 the previous March but her parents only let her have a sleepover in the basement, and she was still driving the family Volvo when she could get her hands on her mom’s keys.

The girl on the TV was having some sort of ridiculous cowboy and Indian themed party, and she was looking for a gown in New York City that incorporated both leather and feathers. Katelyn didn’t understand how this was all going to work and even she knew it was offensive, but the more she concentrated on the show the less nervous she was about her impending deflowering. Before she knew it, she was sound asleep. She didn’t even get to see the final party.

Katelyn giggled, rubbing the sleep out of her eyes and curling her toes.

“You know I hate being tickled,” she said and sat up, pushing her brown hair away from her eyes. The figure at the end of her bed stood up. With the hat pulled down close to his eyes, she could not see the man’s face, but the flannel shirt gave him away. This dude was not Connor.

“Rape! Rape!” Katelyn yelled and the man dove out the window, rolling across the roof of the porch. Her bedroom door slammed open and her father, the accountant, came in swinging a golf club.

“He went out the window!” Katelyn yelled and pointed toward her open window, but the man had leaped off the roof and into her mother’s tulip bed.

Fiona was just about at her driveway when she noticed something skulking in the bushes. She stood outside the Watermans’ white colonial – complete with a faceplate that said it belonged to the Griswolds in 1768 –staring at the leaves of the forsythia, rustling as though there was a persistent breeze. She was used to this sort of thing; she often encountered nocturnal creatures as she stumbled home to the carriage house she rented from the Watermans. Usually, when this happened it was a skunk or a raccoon. Once it was a fox, but tonight she wasn’t so sure whatever hid in the bushes had fur. She thought it might be dressed in corduroys and a flannel shirt.

“Who’s there?” Fiona said, creeping up to the bush at the corner of the yard. No one answered or moved. She thought about the possibility that this was, in fact, a skunk under the bush. She imagined herself bathing in tomato juice and white vinegar for the next couple of days, and wondered if it was really worth putting herself in harm’s way. After all, the guy was just tickling a few feet. Did anyone really give a shit?

But she was kind of drunk and feeling adventurous. “Screw it,” she said. “I know you’re there, you foot-tickling freak!”

Fiona looked around for a weapon but couldn’t find anything. She wondered if getting sprayed in the face by a pissed off skunk would burn, which made her think of the pepper spray sitting uselessly in a drawer in her kitchen.

“Listen creep, you’ve got until the count of three and then I’m going to pepper spray your ass!”

Connor Waterman announced himself and came snaking out of the bush on his belly, with a look like he might have just peed himself but wasn’t totally sure. He was an awkward kid – good looking, with broad, swimmer’s shoulders, but, in that distinctly adolescent way, was just a little too skinny, and a little too tall. Shaggy-haired, and trying – fruitlessly – to grow a goatee, he stood nearly a foot taller than Fiona but stooped a little. Covered with yard debris, he looked like a yeti with a good razor.

“What the hell are you doing?”

“At midnight, on a Thursday…in the bushes?”

They both turned at the sound of a scream coming from the Belzers’ house, two down the road on the opposite side of the street.

“Rape! Rape!” they heard, and then there was a commotion. Together they stood dumbfounded, watching as a shadow passed across the road, out of the reach of the streetlights.

“The Foot Tickler, kid. Jeez, don’t you know anything?”

Fiona looked at her skinny neighbor, a zit sprouting on his forehead while she watched.

“Were you sneaking out to see Katelyn?”

“No,” he said, looking down at his feet and stuffing his hands in his pockets.

“Yes you were, you little Lothario.”

A couple of police cars came flying down the road, lights on but no sirens, unnecessarily screeching to a halt.

“Well, you better get back inside before someone knows you were out here.”

Connor hesitated for another moment and then ran up the driveway, climbing the drainpipe by his bedroom – clumsily trying to maneuver around the bulge Fiona had inspired in his pants. She watched, trying not to laugh but failing. She was drunk, after all.

Fiona was still doubled over, grabbing her stomach when Connor finally dragged himself through his open window and fell onto the floor inside. Once he’d pulled his screen down and into place, she started wondering what she was supposed to do next, but then she heard booted footsteps.

“Officer Sanchez,” she said. “What are you doing on foot?”

“I’m patrolling the neighborhood,” he said. Greg Sanchez was a patrol officer, new to Oakfield’s overstaffed force. Fiona liked him more than the rest of the department for being young, good-looking, and not very smart.

“Looking for the Foot Tickler?”

“Well, he just ran that way, into the Bennetts’ backyard a few minutes ago,” she told him, pointing down the road.

“He could have gone anywhere. Looked pretty fast, too. Probably too late to catch him now.”

“Yeah,” he said, and kicked a stone. Sanchez wore his dark hair cropped closely to his head like a Marine, and had the same hard jaw as the guys in the posters. In his eyes, though, there was no intensity, mostly just confusion.

Fiona walked with Sanchez to the Belzers’ house. He was still too new to know that reporters were not welcome at crime scenes, even the most ridiculous ones. The front door was open and inside Katelyn was having a fit on her couch, sobbing and blowing her nose, loudly, while mumbling something about a pervert and cowboys.

Fiona tried to be invisible and took a seat in the dining room, where she had a perfect view of Katelyn’s hysterics. When her nose wasn’t bulbous and red, she was an adorable kid—small and just a little plump with bouncy brown curls, Katelyn looked innocent in a way too few teenagers did anymore. Fiona liked that about her.

The police were so distracted by the girl’s intermittent screams and shamed by her flimsy nightgown, that no one noticed Fiona for nearly 20 minutes. During that time she learned Katelyn had fallen asleep watching a reality show and woke up to find a creep fondling her feet. She also learned that Katelyn had asthma and it mysteriously got worse every time someone asked why the window had been left wide open.

Exhausted, the cops finally gave up on Katelyn and noticed Fiona. Lieutenant Scott Barsky had been woken up from a nap to respond to this incident. Tired and in a bad mood, when he saw Fiona his face turned roughly the shade of a baby squeezing out a turd.

“What the Christ are you doing here?” he bellowed.

“I came with Sanchez.”

“I saw the guy. He thought you might want to talk to me.”

Sanchez exhaled. Behind Barsky, Katelyn had gotten out her cell phone and was frantically texting half of Oakfield High School.

By day, Theresa is the editor of two magazines. By night she is a reader and writer of books, NPR addict, and avid gardener. This story is the first chapter of a sort of finished book. You can find her at Writer.Editor.Storyteller.